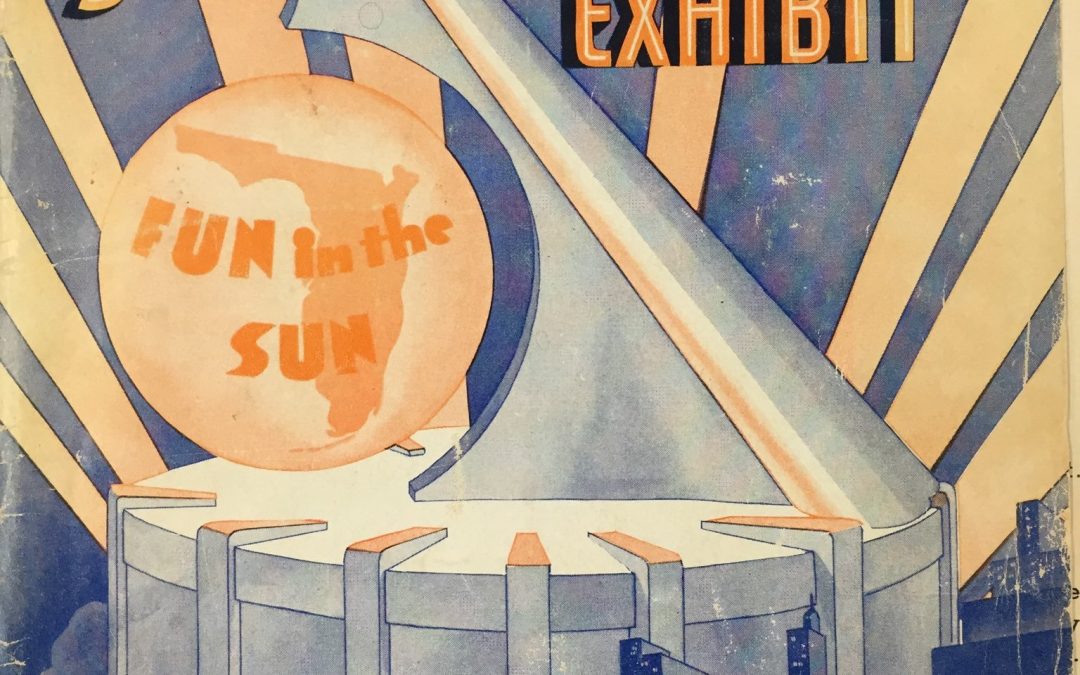 An exhibit by planners at Bayfront Park in 1946 imagined what Miami would look like 50 years in the future.

By 1996, the city and surrounding area was to have been fully powered by a Great Solar Turbo Electric Generating Plant, which would provide cheap electricity.

The Miami River was to become an oasis of calm at the center of the city, with tunnels underneath to Brickell that would eliminate the need for busy bridges. Commercial traffic would be banned from the river itself, and parks would surround it on both sides.

Elevated highways would run through the city, and the pamphlet cover also appears to include a drawing of an elevated transportation system.

A rooftop airport would be located at the top of a building housing a great trading center, which would also house such innovations as an orange juice drinking fountain.

At the time of the exhibit in 1946, the city was celebrating its 50th anniversary, and the progress it had made from its early days. The city had been transformed from a pioneer village in 1896 to a bustling metropolis 50 years later, and residents were imagining what another half century would bring.

Planner Jorge Damian de la Paz, who discovered the pamphlet, also noted that a 34-foot tall model of the future city was included as part of the 1946 exhibit. 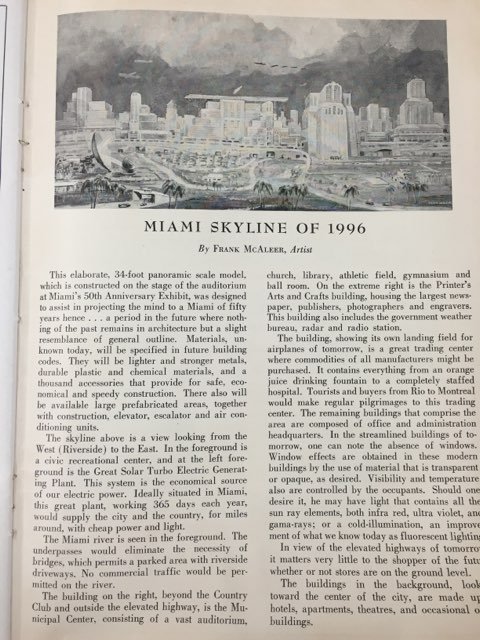 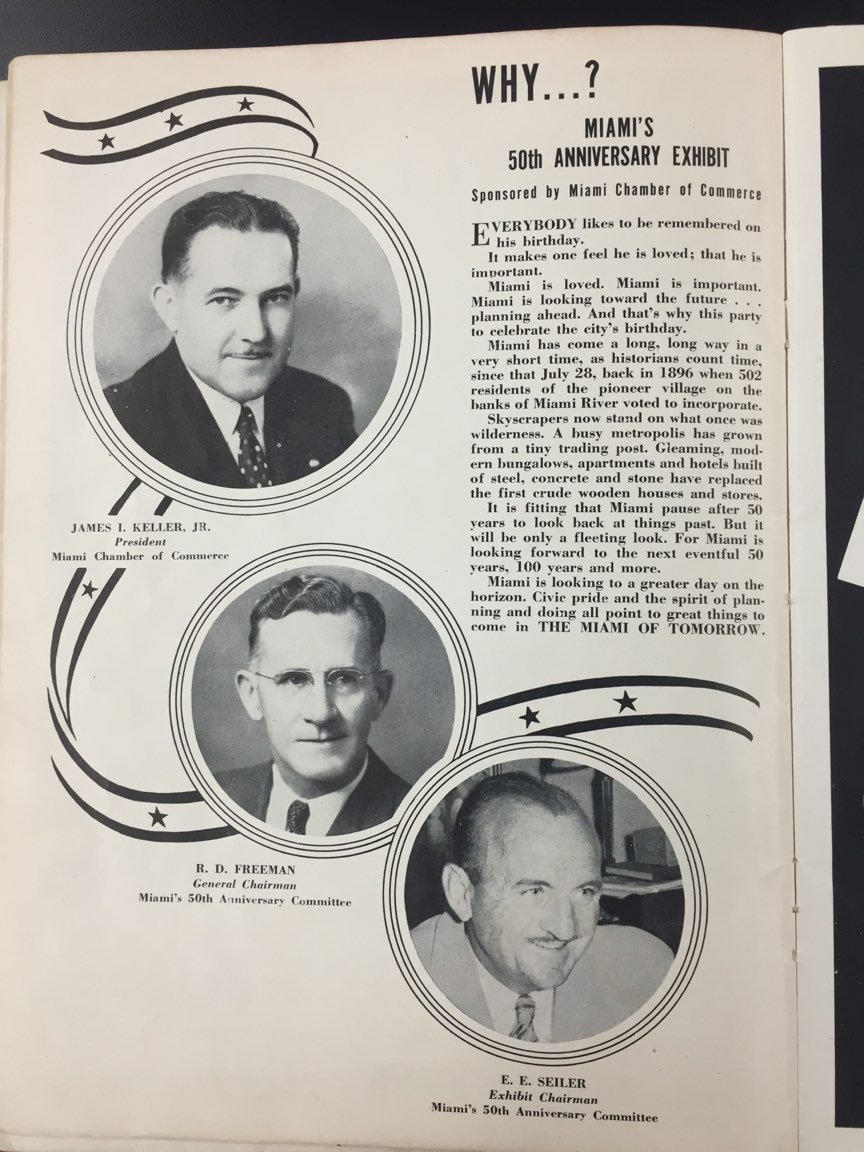