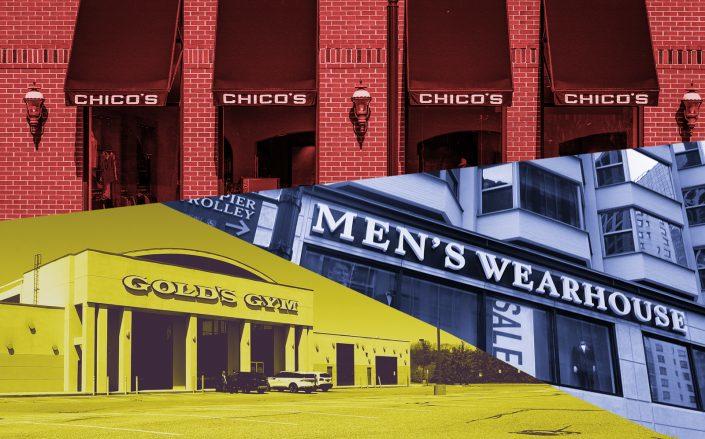 While national chains still face financial woes, there are some signs of recovery within the retail sector — particularly in categories such as gyms and clothing stores.

National retailers paid 86 percent of their September rent, according to the latest Datex Property Solutions report. That’s about 10 percent below what they paid in 2019, but slightly above last month’s 83 percent.

“Month by month, we’ve been digging ourselves out of this hole we found ourselves in in April,” Datex Property Solutions CEO Mark Sigal said.

The major chains included in the survey all have a minimum gross monthly rent of $250,000, or lease 10 or more locations. The report does not account for any rent relief provided to the retailers by their landlords.

While the majority of retailers increased rent payments, a few floundered. Regal Cinemas stopped paying rent completely after paying 37 percent of August rent. The chain recently announced that it would temporarily suspend its U.S. operations.

On the whole, movie theaters paid under 10 percent of their September rent, compared to 43 percent in August.

Pier One also dropped 27 percent, from 90 to 66 percent. The home furnishing and decor company announced in May that it would liquidate its assets.

The latest report also includes a breakdown of sales per square foot. Although many retailers have struggled to return to pre-pandemic levels, some are seeing sales surpass that of a normal year. HomeGoods, for example, surged 128 percent from $248 to $564 in that category. Sporting goods stores are also up 52 percent, from $167 to $255.

Additionally, the report includes occupancy costs for each category, nearly all of which have seen increases. Department stores in particular have suffered, with costs rising from nearly 4 percent in 2019 to 17 percent in September — a change of 375 percent.

“Rent ends up eating up your gross margins,” Sigal said. “And so when you bring in occupancy costs, [it] reveals real instances where operators are seeing fundamental changes in their business.”

Even though retailers have been doing better, the coming months will heavily impact rent collections, according to Sigal. The results will be dependent on a few factors: another federal stimulus package, rent relief expiration, potential lockdowns throughout the country and the seasonal impact on outdoor activities.

“We keep turning over the next card, the next card and so far, the cards have been generally better each month than the prior month,” Sigal said. “But there are multiple variables that introduce risk.”